SHIRTS FOR SWANS 2019
24" x 40"
8 cast, cut and painted glass figures of varying sizes wall mounted above a sewn thread panel
​Here is my short version of an old tale recorded by the Grimm Brothers.

A young princess unknowingly put a curse on her six brothers by picking lilies in the garden. The boys were turned into swans and
could only be rescued if their sister made a shirt for each of them
starting with collecting flax and weaving the fabric.  She was not
allowed to speak for the entire seven years it would take to produce the shirts.
A prince discovered her and forcibly took her to be his wife.  Over the years she suffered much abuse and for her silence she was accused of being a witch. Her husband prepared a fire to burn her at the stake. The young woman finished her task just in time.    Her brothers, the Swans, were circling above when she ran to the field to deliver the shirts. She was pursued by the prince but as the swans took possession of the shirts they were transformed into young men who over-powered the prince and took him to die in the fire that had been prepared for their sister. 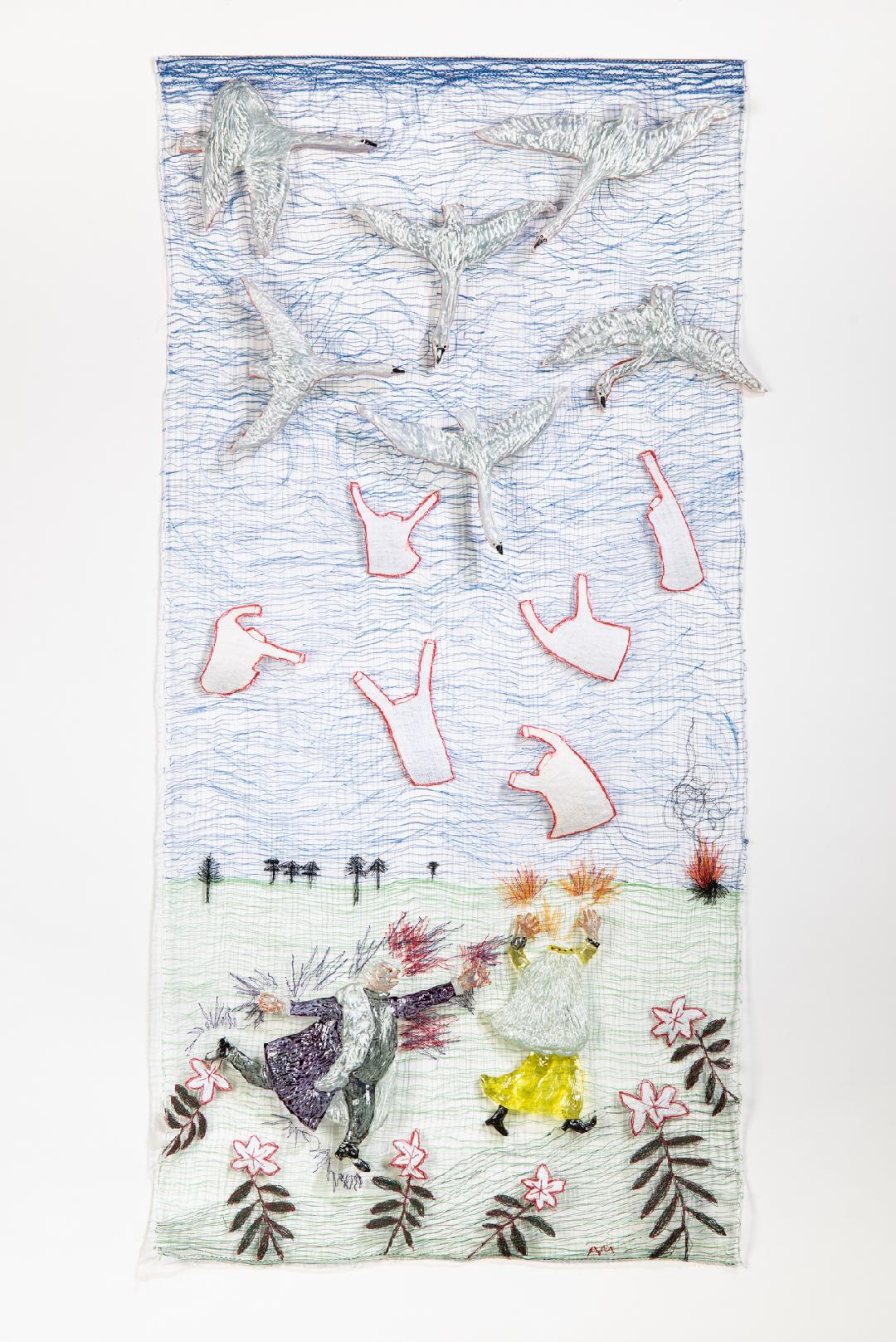